You are here: Home / Uncategorized / Neil McKeganey is the winner of the 2nd Nils Bejerot Award 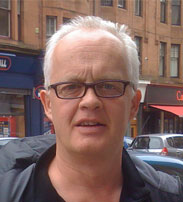 Neil McKeganey is the winner of the second Nils Bejerot Award for Global Drug Prevention.

Professor McKeganey is a distinguished sociologist from Scotland who in 1989 initiated an ethnographic study of how young people began to use drugs. His early work focused on the impact of drug use on female street-working prostitutes. This led him to three central topics in our field: 1) risk factors associated with the onset of drug use, 2) the process of recovery from dependent drug use, and 3) the development of methods to estimate the prevalence of problem drug use. He studied the impact of drugs on families and entire communities. In this work, he focused on harm reduction drug policies coming to the conclusion that the drug-free goal, which is rejected by many harm reduction proponents, is vital to the long-term success of both prevention and treatment. In all of these areas he has been remarkably productive speaking and writing brilliantly with passion and determination all over the world. Like Bejerot, McKeganey does not shy away from a battle, but through all of his work shines his clarity of vision and his commitment to the public health and to the public safety.

Like Nils Bejerot, Professor McKeganey bases his views on his direct experience with drug users and on careful original studies of drug users. His understanding of drug policy springs from these direct experiences and not from ivory tower theories about human behavior. He has become in the UK and in the larger world one of the strongest voices for the drug-free policies that were championed by Nils Bejerot.

Professor McKeganey is a hero of WFAD. He is a leader in our work for a better drug policy for the 21st Century for the world.

Contribute to the Green Crecent Journal!

Visit to the NACADA

DRC office meets Governor of the City of Kinshasa

We use cookies on our website to give you the most relevant experience by remembering your preferences and repeat visits. By clicking “Accept”, you consent to the use of ALL the cookies.
Cookie settingsACCEPT
Manage consent

Any cookies that may not be particularly necessary for the website to function and is used specifically to collect user personal data via analytics, ads, other embedded contents are termed as non-necessary cookies. It is mandatory to procure user consent prior to running these cookies on your website.